In 2009, SPT were approached by Scotoil Services to assist them with finding an alternative method for disposal of their naturally occurring radioactive material (NORM) from the oil services operation. Scotoil have always endeavoured to be ahead of their competitors in terms of environmental impact and with a future legislation change on the horizon SPT were invited to develop a new process which would maintain Scotoilâ€™s positon as the leading company in handling NORM waste from the oilfield industry.

SPT developed a means of consolidating their waste in cement. This involved a long period of development to find the correct mix of material which would maintain correct particle distribution within the cement and without any possibility of leaching. A small pilot plant was built by SPT to develop the technology, after which SPT were given the contract to build the entire new process. 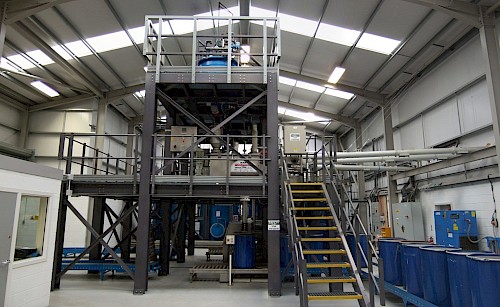